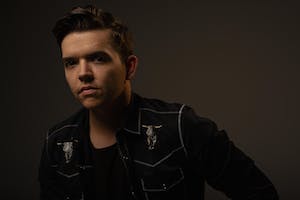 Years before developing his own brand of confessional, cathartic country music — a sound he describes as "meta-apocalyptic country/Americana grief-grass" — Jason Hawk Harris chased a different muse as a classically-trained composer.

He was rooted in the orchestral influence of modern classical music from the 20th and 21st centuries. He loved the theory behind the genre. The atonal arrangements, too. It all started with a fondness for Queen, whose albums accounted for some of the most frequently-heard records in Harris' Houston household. The band sounded progressive, mixing the punch of rock & roll with the complexity of symphonic music. From there, Harris discovered Debussy and Mozart. He eventually enrolled in music school and graduated with a degree in composition, which he immediately began putting to use.

After writing thousands of measures of classical music, though, Harris found himself drawn back to the country, folk, and rock music that had soundtracked his early childhood. He'd grown up listening to classic crooners like Hank Williams, Roy Orbison, Jim Croce, Patsy Cline, and Elvis. That music had laid a sort of musical bedrock that couldn't be ignored. Later, after hearing bluegrass musician Michael Daves playing a stirring guitar solo, Harris knew he needed to somehow incorporate his country-loving childhood into his songs.

"Hearing Michael Daves tackle that solo really woke me up," he remembers. "There was something wild about the way he played. He played with abandon. Something sparked in me again — the same spark I'd heard when I first discovered Brian May's guitar solo on 'It's Too Late' — and everything changed."

Harris began cutting his non-classical teeth with the Show Ponies, an Americana group based in L.A. He played guitar for the band and produced most of their albums, racking up several million Spotify streams along the way. Meanwhile, problems arose in his personal life — including a family history of addiction, which ultimately resulted in the early death of his mother — and began fueling Harris' need to write his own music.

Released in November 2017, the five-song Formaldehyde, Tobacco and Tulips marks Harris' debut as a solo artist. It's an emotional EP about joy, pain, sorrow, and grief, tied together with autobiographical lyrics and sharp, detail-rich songwriting. The record also paves the way for Harris' full-length album, which draws a distinct bridge between his country and classical roots.

"I love country music because it's built upon a collision of the sad and specific," says the songwriter, whose music evokes comparisons to imaginative Americana frontmen like Daniel Romano and Robert Ellis. "I want to treat it like an art form. I want to show people how seriously devastating it can really be."

Although performed with traditional country instrumentation — including acoustic and electric guitar, pedal steel, bass, strings, piano, and the occasional harmonium — Harris' LP reaches far beyond the genre's rootsy influence. There are complex chords, acrobatic arrangements, and unexpected intervals. There are cathartic songs about love and addiction. A classically-trained composer turned country singer, Jason Hawk Harris proudly operates within his own lane, proving that there's something stirring and compelling about musical culture clashes. 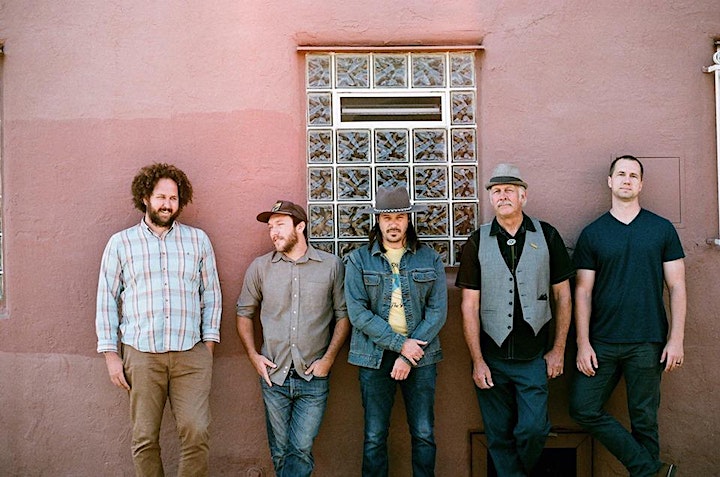 "Nods to the greats of the Americana and folk worlds, but it spins a yarn all its own, proving that this Collective just may become the new torchbearers for an old, American genre. - Elmore Magazine

Moonsville is a Southern California band that writes songs about the terrain of their own stories and lives. During an age of short attention spans and speedy business, the band draws their inspiration from a simple well and holds firm to the truth that good songs can carry people through hard times and can increase the light when life lands you on the shadowy side of the street.

As young ramblers from the suburbs of Los Angeles, they began their musical fostering by allowing themselves to be adopted into the Central California scene, sitting-in on jug band and old-time music circles where an infectious and pure spirit of “music for music’s sake” lived. Injecting that same spirit into their songs and their lives became their quest. Moonsville, like a train station, always had players and characters stopping in from time to time to play, drink, chat and record. They’ve recently landed on a concrete five-person roster but often times still have friends sit in on certain shows. Although recent recognition has ushered them onto bigger stages, the bands roots will always find harvest in low-lit bars, drunken alleys and the hobo lullabies.

Before 2017, the band recorded 2 studio albums of original music, toured the country, and played countless shows sharing the stage and line-up on certain occasions with Tom Petty and The Heartbreakers, The White Buffalo, Charlie Parr, Nitty Gritty Dirt Band, Jackson Browne and Willie Watson among others. Moonsville pulls poetry from their LA home and also from their out-of city getaways, to create a field where their songs can sprout.

Moonsville has now fulfilled their own commitment to record 4 EP’s (20 songs) in 2017. With multi-instrumentalists and several songwriters in the band, they keep their Americana style variable; always open to experimentation and the blurring of genre lines. The finished EP’s end a prolific year for the band and another batch of songs to add to the California canon.