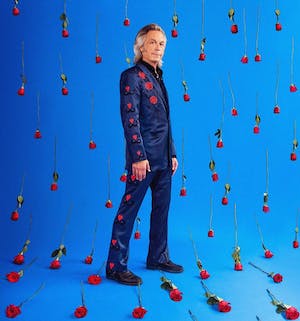 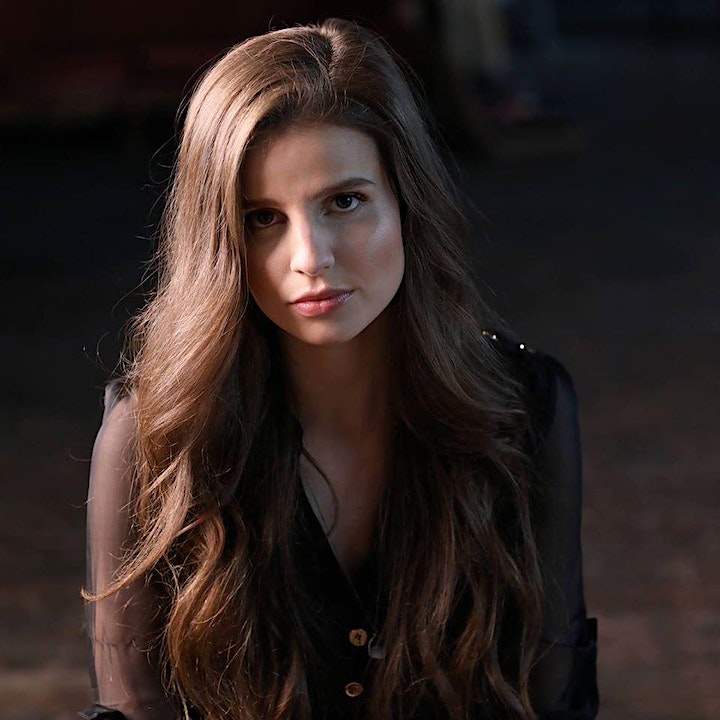 When an artist first emerges at a young age, they often have a limited well of knowledge and experience to draw from, yet on her debut Love & Lovely Lies, Imogen Clark captured, with great clarity, that sense of blossoming creativity and wide-eyed innocence as it segued into the joy and pain of negotiating young adulthood. Fast forward two years and Imogen is taking another creative leap forward with the release of her second album Collide.

With two years of touring, collaborating and living behind her, she’s been able to take the themes of her debut and delve deeper into their meanings and repercussions, embracing and exploring both the dark and light sides of the human condition.

“What I really wanted for this record was for it to be a crossover record. I’m influenced by so many genres of music and while I’ve mostly worked in the alt-country/Americana world up until now, I was also raised on rock and folk music. I wanted there to be elements of all those genres on the record and I’m really glad we achieved that.”

Imogen’s musical journey began when she picked up her Dad’s old Maton acoustic guitar as an eight-year-old and took her first tentative steps toward a fascination with the instrument and the possibility of writing her own songs. Inspiration also came in the form of her father’s own original songs, adding further fuel to that songwriting and performing desire.

“When I started writing songs, it was because I had grown up listening to Dad’s original music and aspired to tell stories like he did.”

On Collide, Imogen continues to draw inspiration from artists she grew up listening to as well as the constant discovery of new music. “The more my influences grow and the more music I listen to; that makes all the difference to me. I’ll always have the same core influences like Joni Mitchell, Bruce Springsteen and Sheryl Crow who mean a lot to me but as I discover more records and delve deeper into their catalogues, they really inform me creatively”. A shared love of those and other artists with producer/musician Mark Lizotte (Diesel) made him an ideal choice to realise Imogen’s new songs in the studio. “I felt it would be the perfect opportunity for me to work with someone who understands Americana music but also loves a lot of other genres and gets rock and folk and has his own varied influences. I jumped at the opportunity and he just understood what I wanted. I was really happy with what Mark did with the album,” Imogen enthuses.

Take a glance at the album artwork for Collide and it’s immediately clear that the music within is of a darker and more mature nature. The image is of a more self-assured and worldly-wise Imogen Clark and she reinforces that impression right from the outset with the deep and soulful title track, built on both a propulsive shuffle and a brooding rock mood. “That song is about feeling like you’re going down a troublesome path, that you’ve gone past the point of no return and just embracing it – the difficulties and challenges of life.”

‘Late Night Girl’ hits a big chorus of melancholic longing, finely balanced between pop of both the folk and indie kind. It showcases the diversity of Imogen’s songwriting, highlighted even further by ‘Too Late’, a devastating and heartbreaking ballad with slow-burning atmospherics which Imogen rates as one of her favourites. “I was really proud of those lyrics and the production was perfectly suited to the song”.

“From the outside looking in, it seems that everything is inside out” sings Imogen on ‘You Got The World Fooled’, a song, as she explains, that takes a poetic approach to the universal theme of clarity through experience. “As you get older you see things for what they are and things lose their sheen a little.” Lines such as “A major chord in the minor blues” on ‘Strike a Pose’ exemplify the songwriter’s dissection of the yin and yang, the heaven and hell, that duality of emotion that runs through so many life experiences.

‘High Tide’ explores similar themes and was one of Imogen’s first forays into stream of consciousness songwriting. “My mum wrote a poem about how people with different levels of sensitivity experience life differently. She used this analogy that some people are wading in the shallow end and some are drowning in the deep end but it’s all the same ocean. I really loved that idea. The song is written around that concept. That’s my proudest moment on the album, lyrically.”

For all the serious emotionality, Imogen and Mark Lizotte have produced an album that bristles with musical energy as much as it deals in introspection. ‘Your Anything At All’ skips along with a dancing folk fiddle. She embraces a strong rock sound on ‘Left Behind’, complete with four-to-the-floor drums and a searing guitar solo. Most impressively, her voice adapts and possesses a range of emotion and intensity to all the different styles she lends her songwriting to.

The range and conviction throughout her debut album and live performances is what has already drawn many to Imogen’s songwriting and will continue to capture the hearts and minds of new fans as thebruised, honest and ultimately optimistic songs of Collide make their way into the world. As she sings on the album closer ‘Oblivion’ – “I’ll rise up fighting, fit to claim my crown.”

“My ultimate goal has always remained the same. I want my music to reach as many people as possible and for them to be touched by it in the same way I feel touched by the music I adore. Whether that’s 50-100 people in a room or larger venues, it doesn’t matter as long as my music is having the same effect on people that my favourite music has had on me.”

“Imogen is a songwriter well beyond her years with a flawless voice that is mesmerising. At just 24, she is already an old soul” – Kasey Chambers.

“There is plenty of fairy dust currently surrounding Imogen Clark… [Collide] is an album of its time, reflecting life as a twenty-something woman in a challenging world… Produced by Mark Lizotte, this album oozes class, sensitivity and style, and marks Imogen as a talented and distinctive performer with a unique way of seeing and conveying the subtleties of life.” – Capital News.

“[Collide is] an album of brilliant polish and expansive genre crossover, drawing on alt. country influences and alt. rock royalty the Cranberries alike… Ratcheting up both songwriting stakes and sonic intensity, Clark touches eloquently on the profound uncertainties that mark us all” – Country Update.