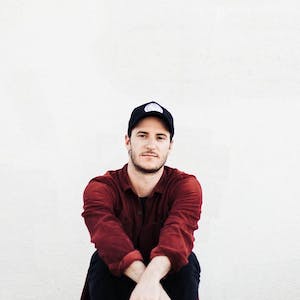 Scott Ruth is an American singer-songwriter from Los Angeles, CA. Formerly of the LA garage/rock act, The Futures League; he has since put down the bass guitar to further hone his craft as a multi-instrumentalist and producer. Since releasing his hauntingly reflective 2016 debut, “The Weight of It All,” he’s been touring extensively while still finding time in studio to be working toward his next release. “Are You There”, produced by beloved Seattle artist, Noah Gundersen, is the first single marking a new direction for Scott.

“The Weight of It All, was a record I felt like I had to make,” he says. “Before I joined The Futures League back in 2013, I was going through a time of major growth and change, and was planning to make that record to somehow sum up everything I was feeling. Things ended up playing out a little differently for me the next couple of years, but at some point it became clear to me that I still needed to record those songs. I had written them almost as an obligation to myself and my emotions at the time, so I needed to send them out into the world, if only for my own satisfaction of tying up that episode of my life. “Are You There” is a refreshing song for me because it channels my love of classic American songwriting and my admiration for artists like Tom Petty and Bruce Springsteen. I’m now in a different chapter of my life, and I couldn’t be more excited to get the rest of these songs out in the open."